Good pictures are always made of good light. I found it for a few minutes.

After spending the day in the hitherto –to me– unknown city of Segovia, we got in the car to make the trip back home, and for things in life -and GPS- it took us the same way we had driven that very morning to visit La Granja de San Ildefonso. Fortunately, I had already set my sights on a place where I had not stopped hours before, but where it would have been a mistake not to do it igivenn the wonderful light there was that afternoon. 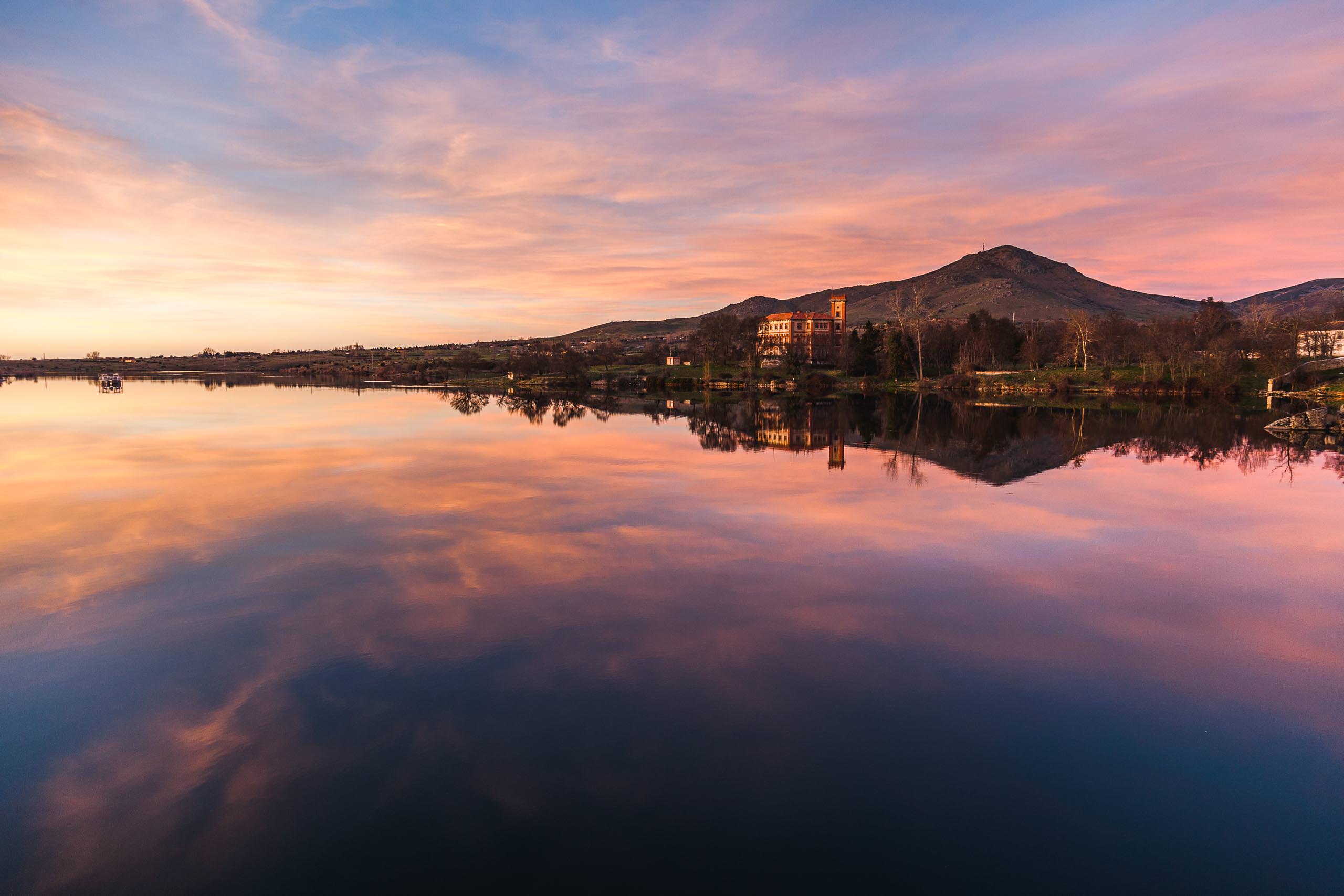 The site in question was this little bridge, which crosses the Pontoon High Reservoir in one of its narrowings, leaving a visual spectacle on each of its sides. I stopped the car like someone who sees a wild boar on the road and started to take photos on both sides of the bridge, crossing the road three or four times to seize every second of that sunset, just as the sun disappeared behind the horizon . 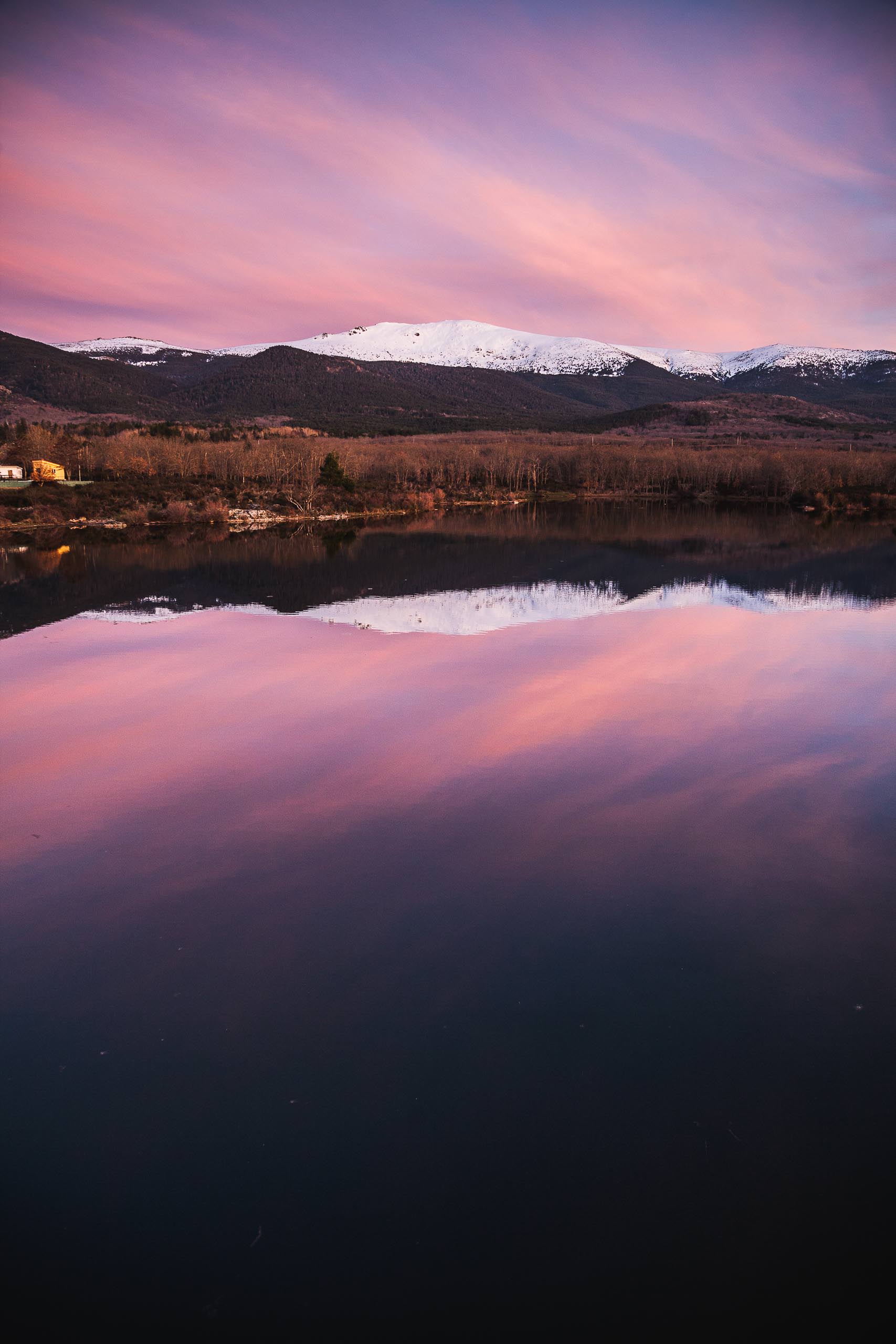 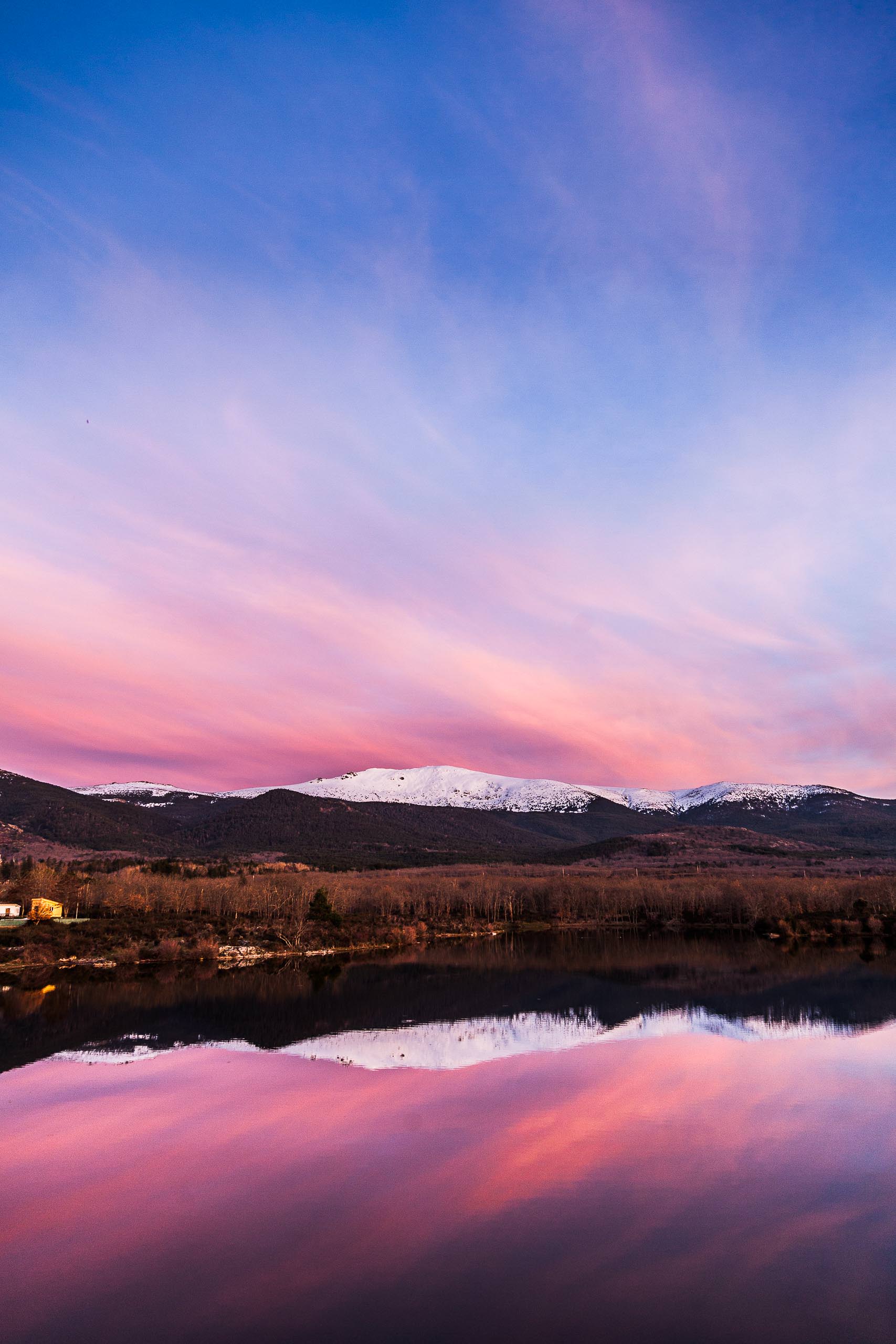 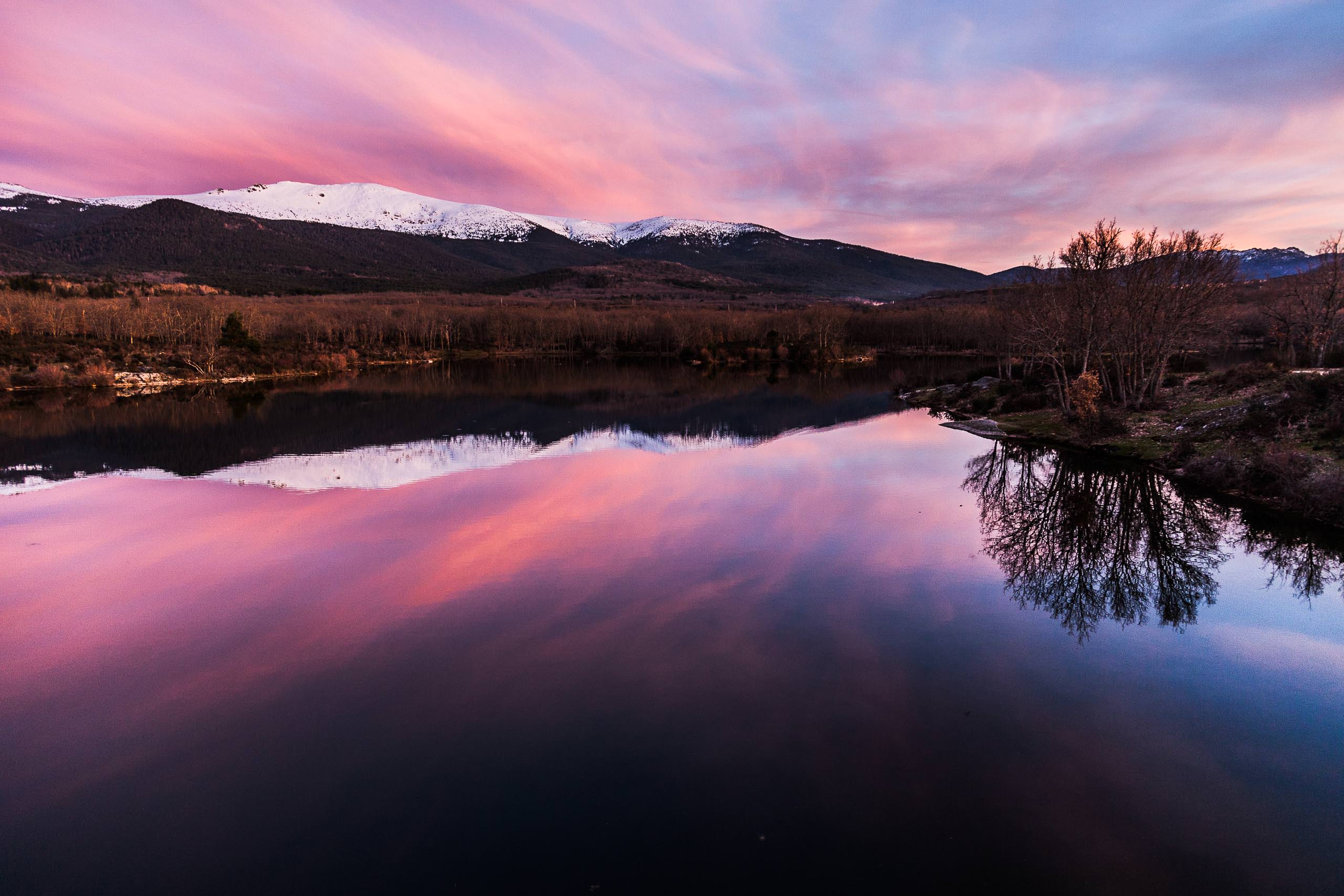 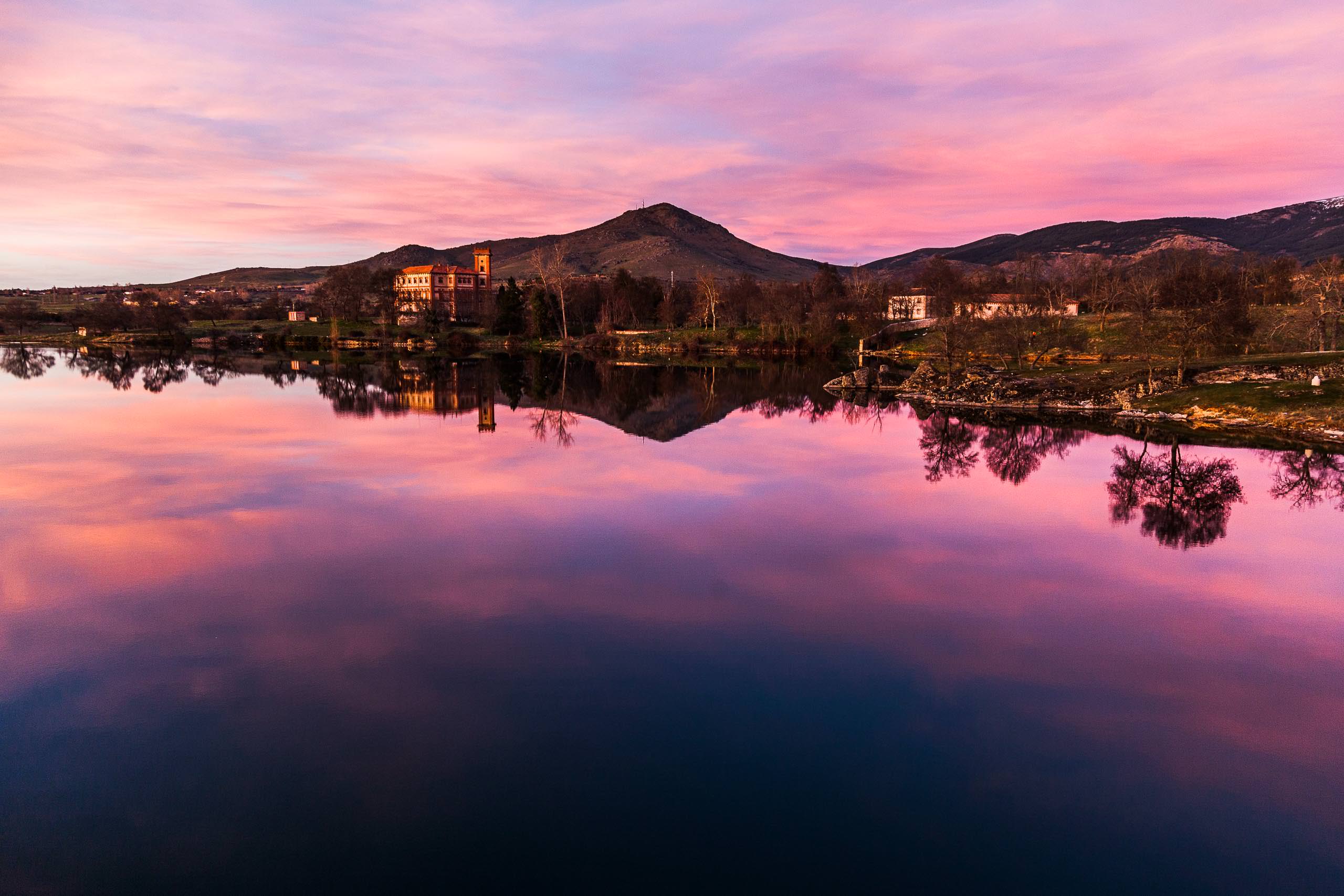 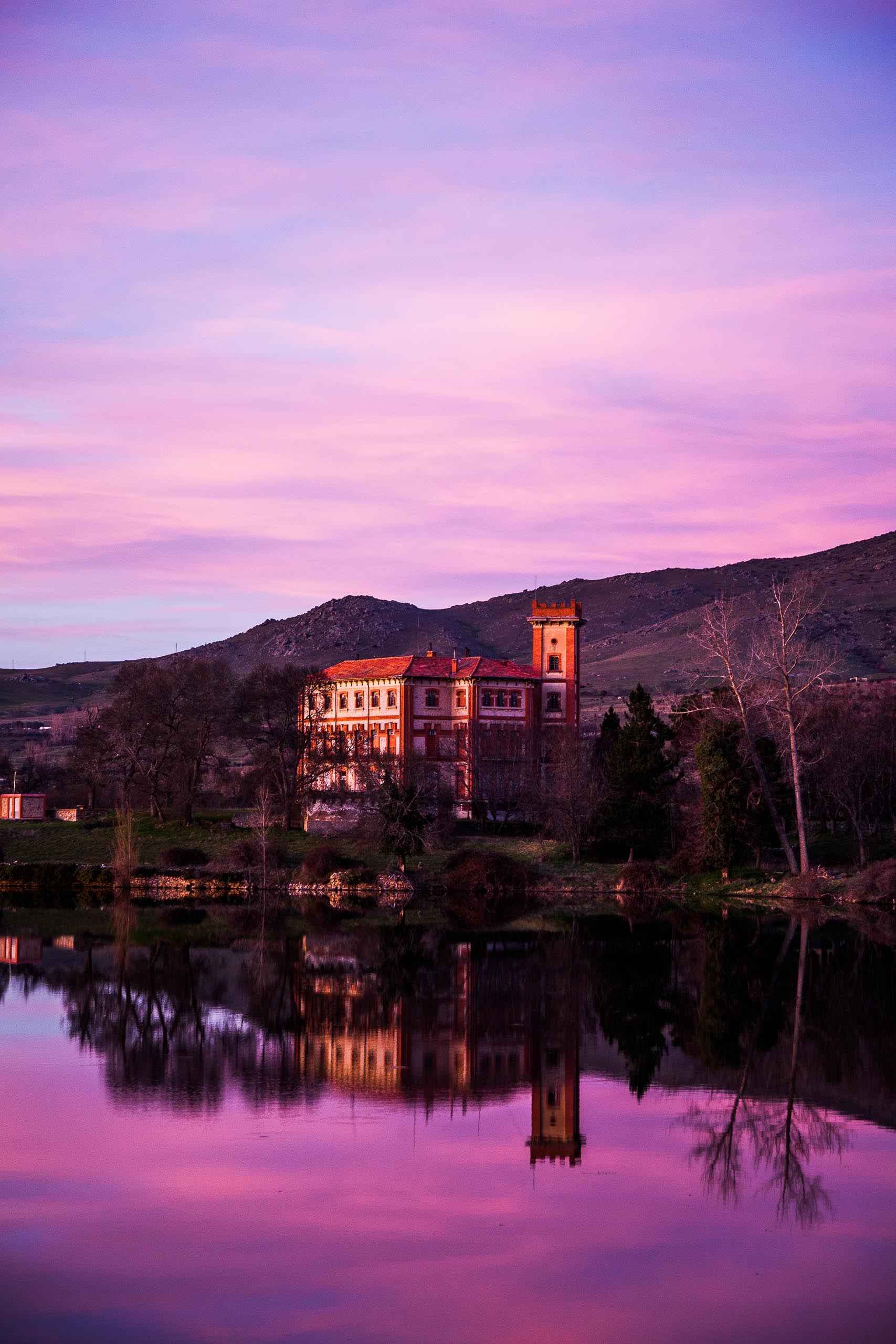 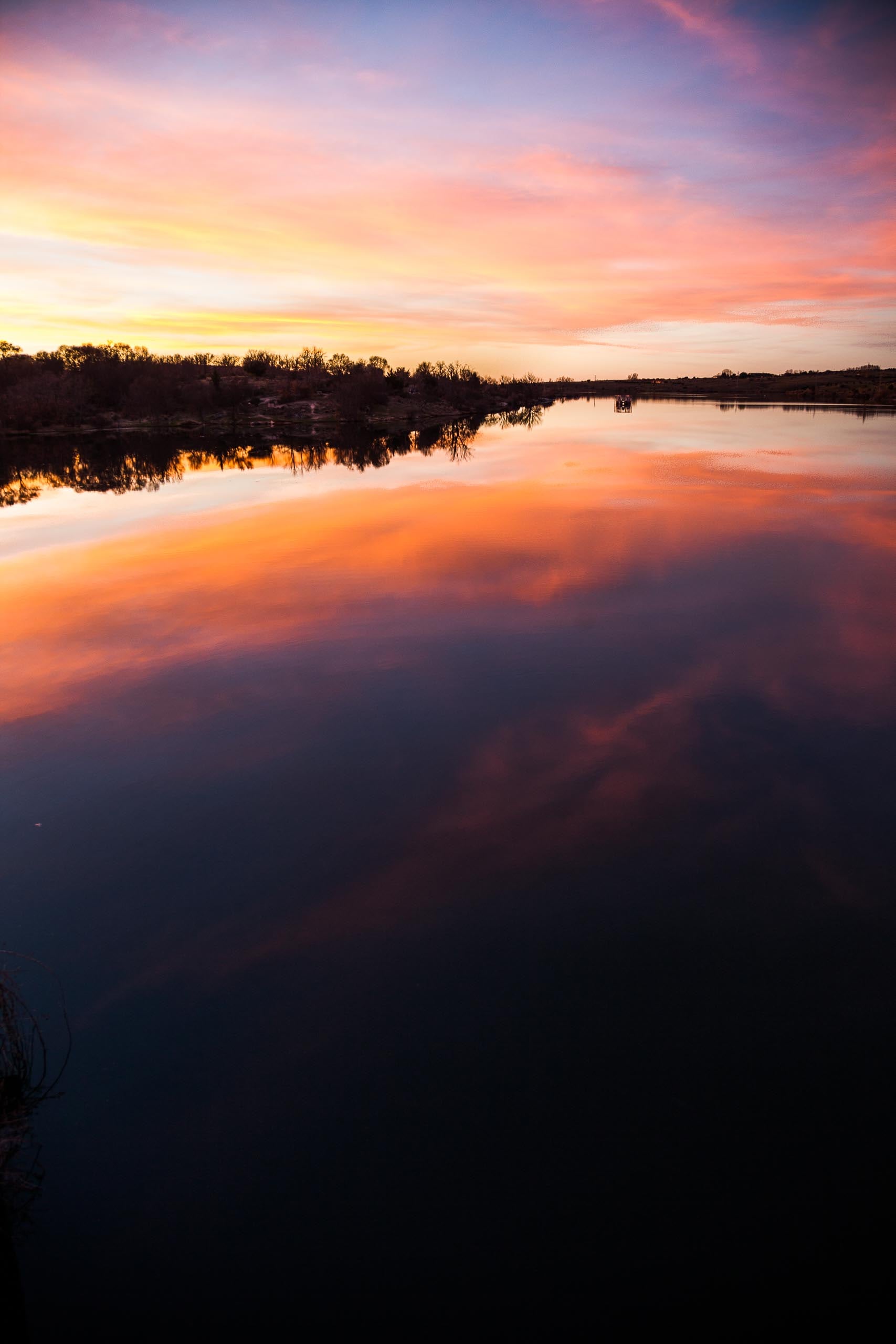 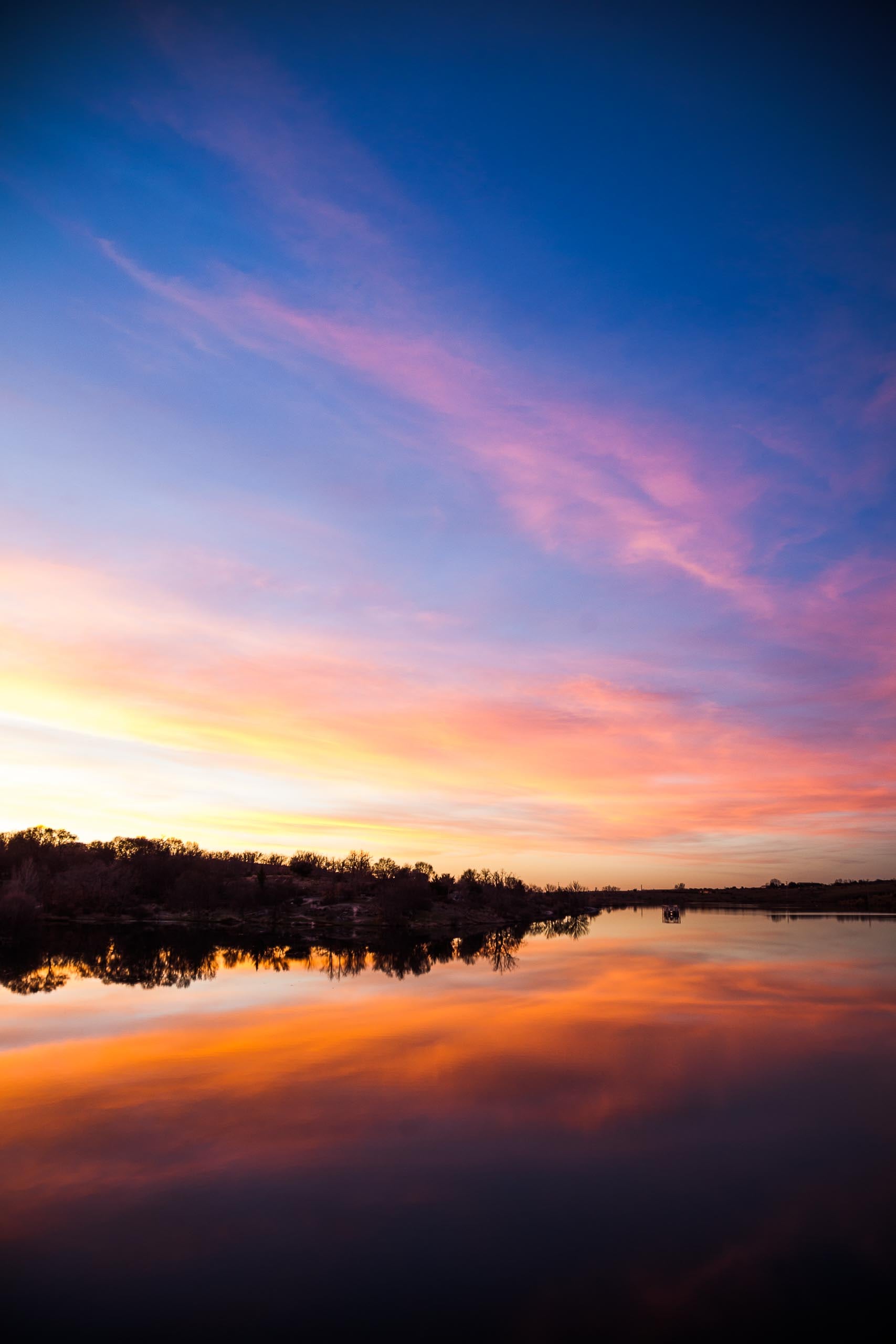 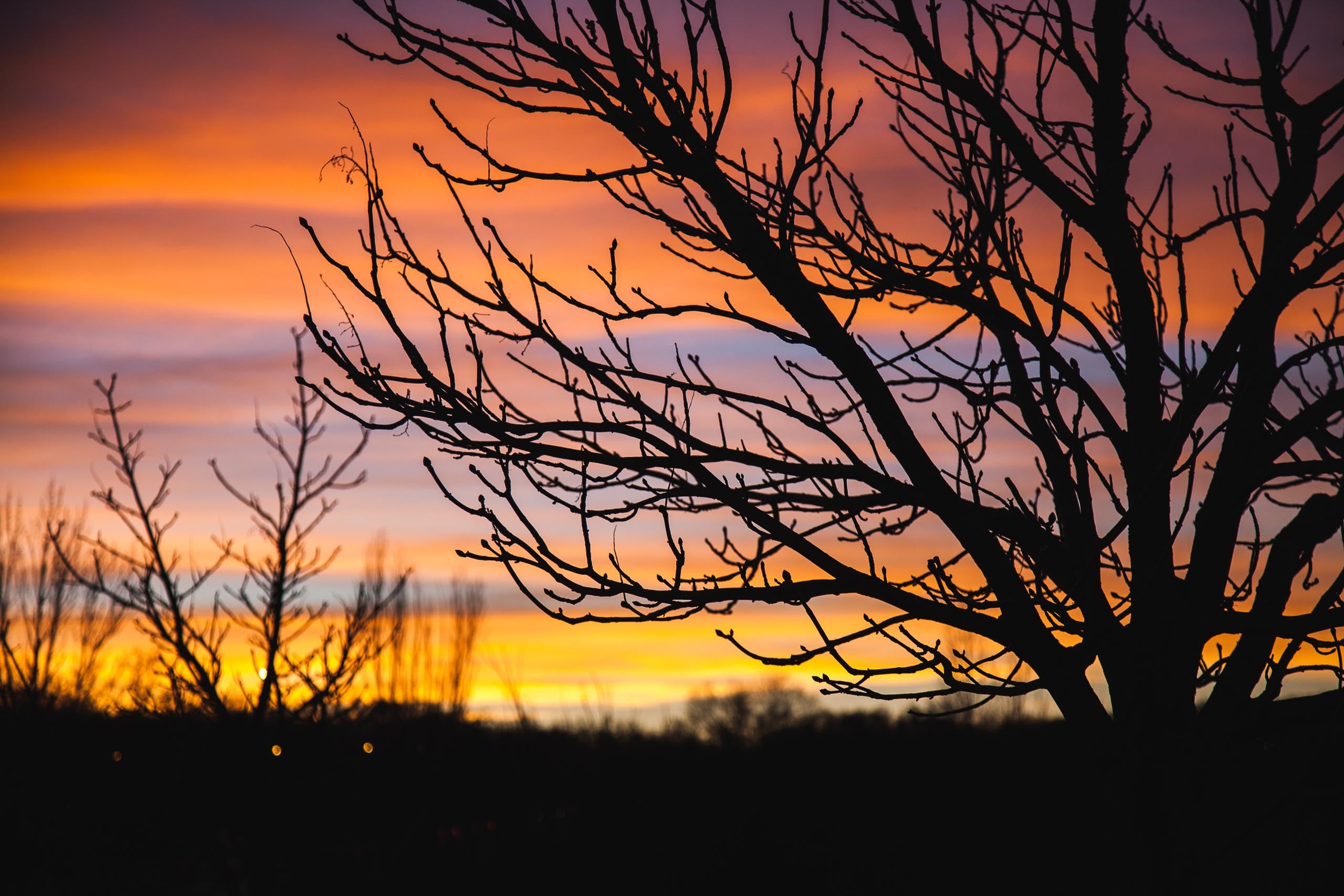 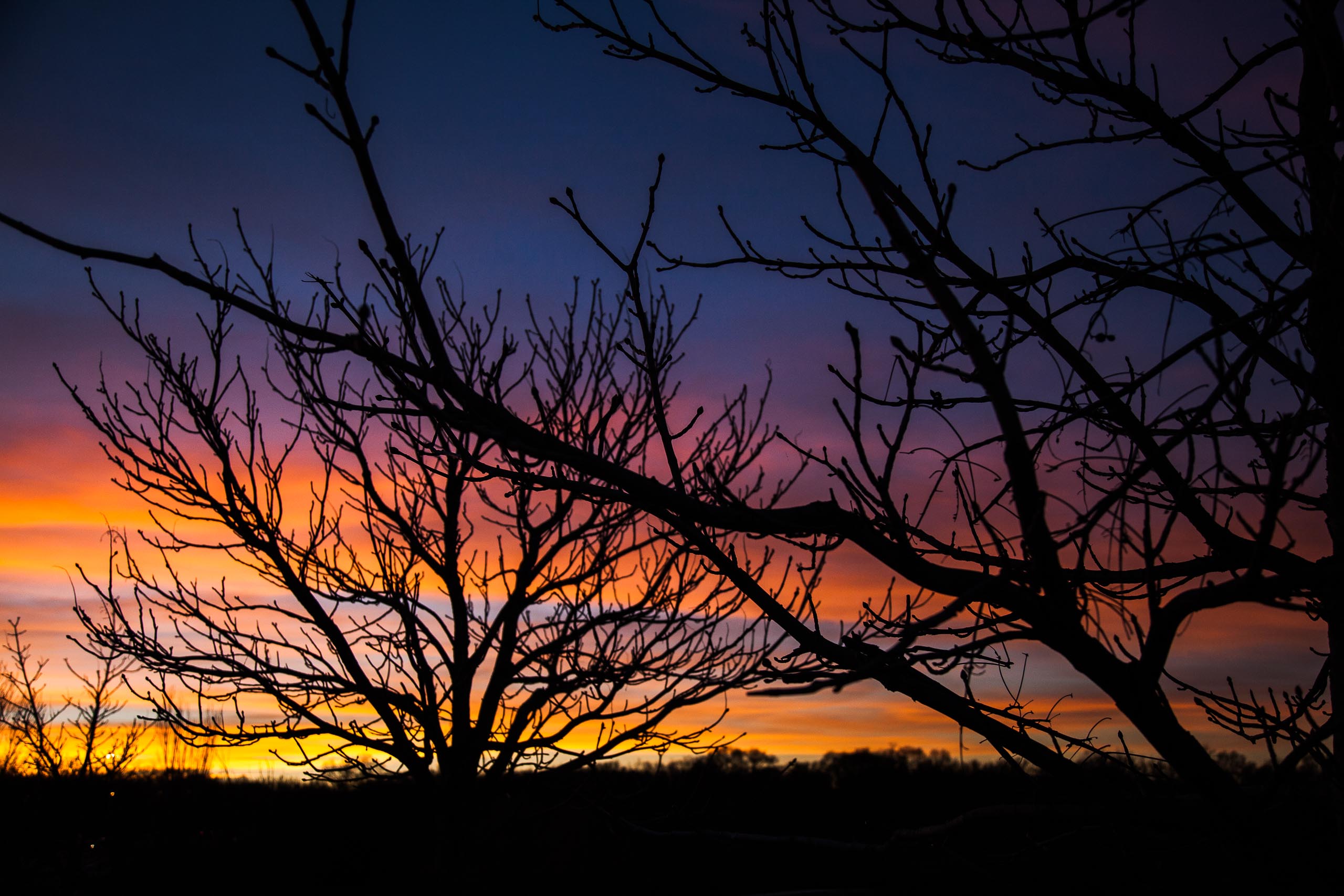 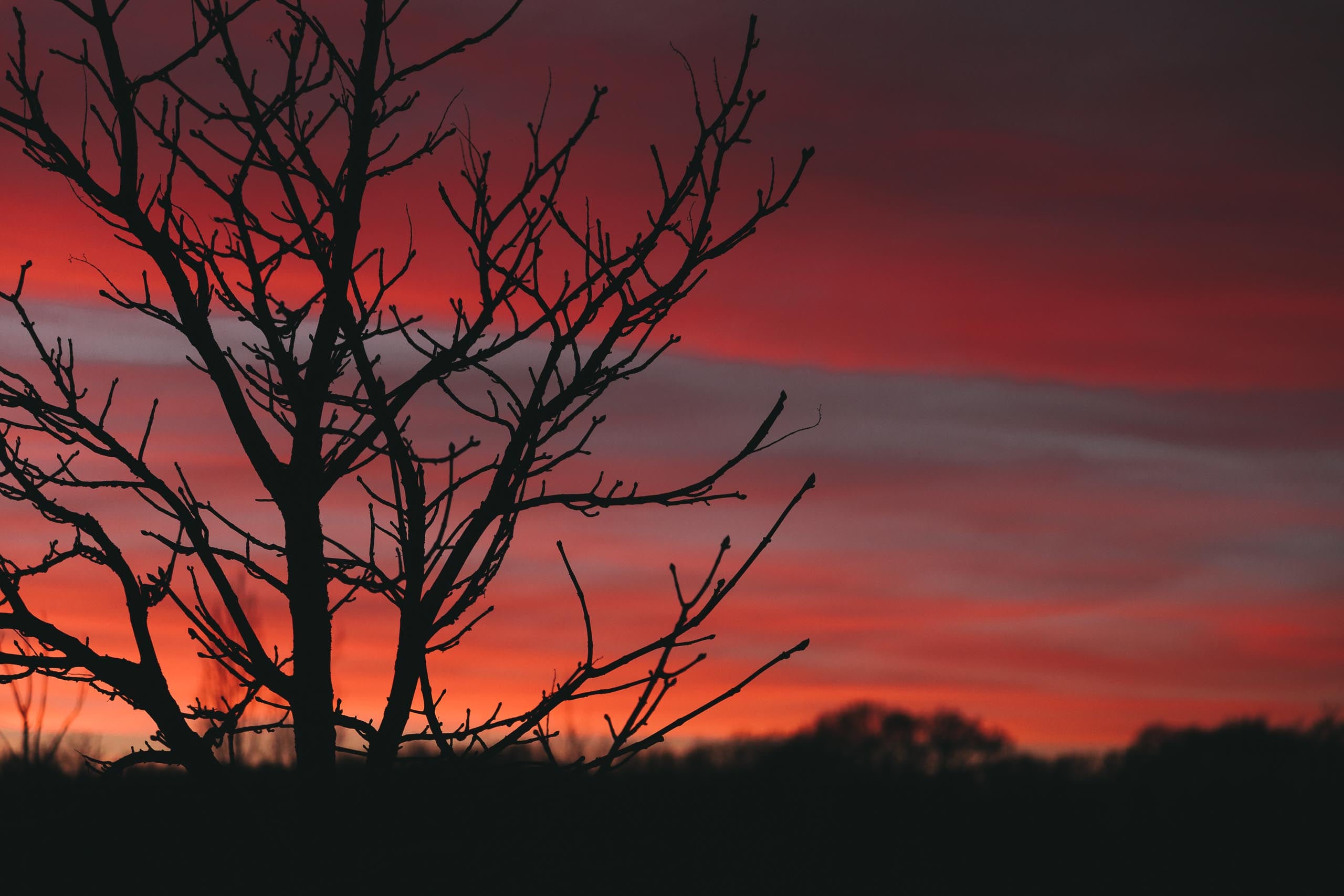 The moment is so brief that all these photos are taken in a period of less than four minutes, from the brightest to the darkest. A minute before there were no pinkish tones in the sky, only light blue; and a minute later just dark blue. For the darkening to be appreciated, I have sorted the photos chronologically. This time I can say without fear of being wrong that I was at the right time in the right place.